Muhammad Ali Quotes – We have seen the rich and colourful life of Muhammad Ali. He was a fighter and a strong advocate of Islam throughout his life. I’m sure many people around the world, not only Muslims, admired his tenacity, his iron-will and strong stance against war, racism while advocating Islam as a religion of peace. With that, I would like to take this opportunity to list some of his memorable quotes that we, as Muslims, can also learn and apply in our life too. May Allah s.w.t. shower His blessings on Muhammad Ali and may he be successful in the hereafter as well.

Without further ado, here are the greatest 17 Muhammad Ali quotes.

1. I know where I’m going and I know the truth, and I don’t have to be what you want me to be. I’m free to be what I want. | Muhammad Ali

2. My principles are more important than the money or my title. | Muhammad Ali

3. I didn’t want to submit to the army and then, on the Day of Judgement, have God say to me “Why did you do that?” This life is a trial, and you realize that what you do is going to be written down for Judgement Day. | Muhammad Ali

4. I hated every minute of training, but i said, “Don’t quit. Suffer now and live the rest of your life as a champion.” | Muhammad Ali 5. It isn’t the mountains ahead to climb that wear you out, it’s the pebble in your shoe. | Muhammad Ali

6. It’s the repetition of affirmations that leads to belief. And once that belief becomes a deep conviction, things begin to happen. | Muhammad Ali 7. I am ordinary man who worked hard to develop the talent I was given. I believed in myself, and I believe in the goodness of others. | Muhammad Ali

8. He who is not courageous enough to take risks will accomplish nothing in life. | Muhammad Ali 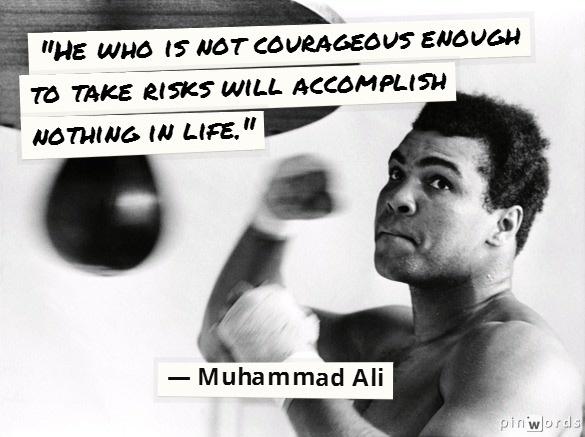 9. A man who views the world the same at fifty as he did at twenty, has wasted thirty years of his life. | Muhammad Ali 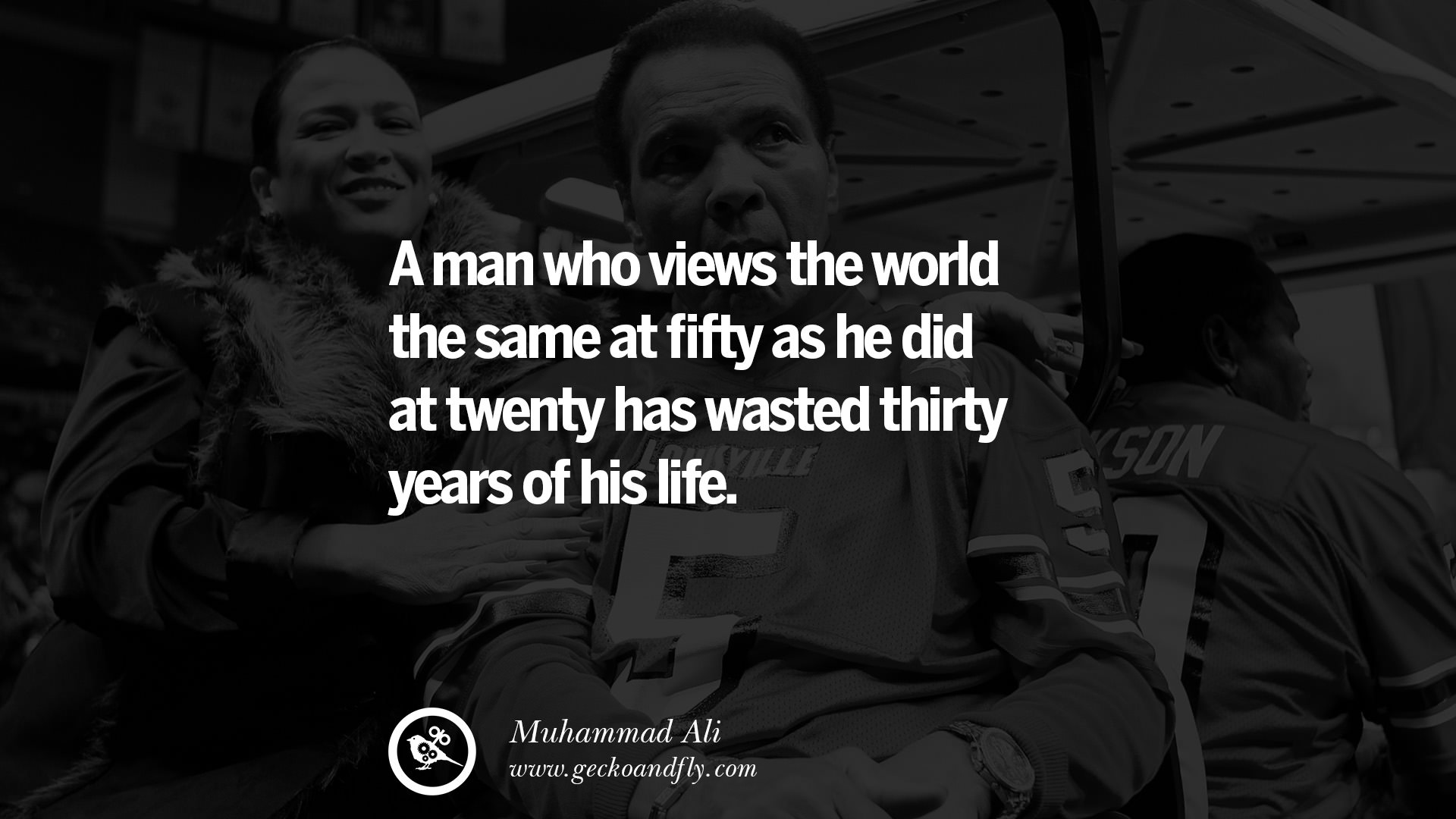 Muhammad Ali Quotes on Having Faith, Religion and Islam

10. The word ‘Islam’ means ‘peace’. The word ‘Muslim’ means ‘one who surrenders to God.’ But the press makes us seem like haters. | Muhammad Ali

11. Its lack of faith that makes people afraid of meeting challenges, and I believed in myself. | Muhammad Ali

12. Allah’s the Arabic term for God. Stand up for God, fight for God, work for God and do the right thing, and go the right way, things will end up in your corner. | Muhammad Ali

13. The only thing that matters is submitting to the will of God. | Muhammad Ali

14. God tries you in certain, certain ways. Some people are rich, and they believe in God. They lose the money, things get hard, they get weak and quit going to church. Quit serving God like they did. | Muhammad Ali

15. God gave me Parkinson’s syndrome to show me I’m not ‘The Greatest’ – He is. God gave me this illness to remind me that i’m not Number One – He is. | Muhammad Ali

Muhammad Ali Quotes on Serving Others and Contribution to Society

16. Service to others is the rent you pay for your room here on earth. | Muhammad Ali

17. To be able to give away riches is mandatory if you wish to possess them. This is the only way that you will be truly rich. | Muhammad Ali

Khairul enjoys creating websites and works on meaningful projects that he feels close to his heart. He has been actively involved in weekly mentoring sessions at a local government body which focuses on helping under-privileged Malay-Muslim community in education. He has worked in various tech startups that include Rocket Internet and honestbee. During his free time, you may catch him at his family-owned halal food retail which supplies fresh/frozen Halal meat, otherwise, he enjoys kicking football and chill with prata egg and teh halia. Khairul is married with a son.

Join our growing QOI Community
AND

Get more uplifting and inspiring surah and hadiths today

Thank you for subscribing.

we respect your privacy and take protecting it seriously